The History of the Open Bible Church in Siparia

The Church of the Open Bible, Siparia had its beginnings at Edwards Commercial School, at the corner of Edward Trace and Coora Road, Siparia with a team from the Open Bible Institute headed by missionaries Dora Turner and Margaret Crandahl . Services were held on Friday nights. There was also a Sunday School on Sunday evening followed by a Sunday night service.

From here the church moved to the Regent Cinema on Mary Street following the same schedule of services. Keith Armogan was appointed as the first pastor. The church moved again, this time to the home of Sis Pheko, on Erin Road, Siparia.

Pastor Armogan migrated and Moolchan Seenarine was appointed as the pastor. Under his stewardship the church saw another move. This new location was at No. 2 Sobrian Street at a building owned by Sis. Joyce Supersad also known as Joyce Maharaj. By this time the church had grown to about twenty five persons. Pastor Seenarine migrated and the pastorate was taken up by Anthony Kawalsingh . After just a few weeks he went on to pastor the church at Princes Town and Irvine Melville who had been attending the church since it was located at Erin Road was appointed the pastor. 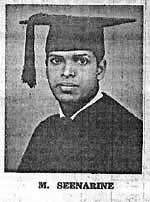 Under Pastor's Melville leadership the church grew and different ministries were established. There were two outposts: one at Saney Trace, off Coora Road, at the home of Sis. Venus Glenn and another one in Quarry Village at the home of Bro. & Sis. Babb. Both Sunday School and services were conducted at both these locations. Open air meetings, street meetings and crusades were held all over Siparia. Joint crusades and evangelistic campaigns were held in conjunction with the Siparia Pentecostal Church. The women’s ministry, at that time called WWF, and the Men’s ministry, MOVE, and the Youth Ministry, Youth Overcomers, were established. The choir, which had started at Erin Road continued under the leadership of Joseph Plouden.

In the meantime Pastor Melville was instrumental in acquiring a parcel of land at the Corner of Albert and Alexander Streets. People gave generously and in 1972 the church was constructed at the current location. The whole church was involved in this venture with the men providing the labour under the direction of Mr. Matthias who was the builder and the women carrying bricks and water and cooking the food. This new building which was now home to the Siparia Open Bible Church was dedicated on October 25, 1972. The cornerstone was laid by the Director of Open Bible Standard Churches, Rev. Keith Armogan, who incidentally had served as the first pastor of the Siparia Church and was formerly opened by Missionary Rev. Dora Turner who had started the work in 1961. With this move the Tuesday Mountain Movers Service was also introduced. 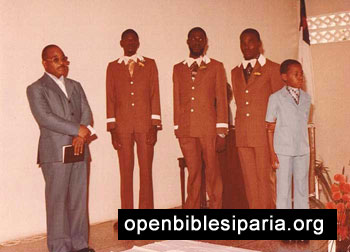 In 1980 Pastor Melville left the organisation and Leroy Haynes became the interim pastor seeking to stabilise the church and keep it on an even keel.

After a period of six months, Vickram Hajaree assumed the pastorate in March 1981. With a remaining membership of about twelve persons Pastor Hajaree set about the task of rebuilding the membership. Evangelism became his priority. A Sunday School was started at the home of Norris Gloud on Welcome Peters Street and a Sunday School and Outpost services were held at the home of Sis Hajaree at Spring Trace. Here was also Sunday Schools in Allen Drive and Sennon Village. There were numerous inhouse crusades with visiting ministers. Sunday School at the church was changed to Junior Church and held simultaneously with Morning Worship Services. A kindergarten and day care were also established. The building was extended to accommodate the daycare and kindergarten. The choir was re-established by Sisters Joy and Dianne Vidale and continued under the leadership of Christine Nelson. New musical instruments were also purchased. The Ushers Ministry was also established. The church and the choir undertook mission trips to St. Vincent, Grenada and Guyana in 1983, 1984 and 1985. 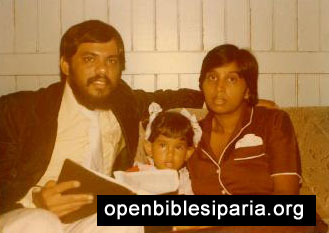 In 1989 Pastor Hajaree left to pastor the Point Fortin church and Joanus Capildeo Malyah took over the reins of leadership. The church’s building program continued with the addition of the wing and the building at the back which currently accommodates the Junior Church. Many new ministries were added – The Deaf Ministry, The Beautification Team, The Evangelistic Team, The Multimedia Team, Intercessors, Sports and Family Fellowship. The Music band was expanded with the addition of new instruments and musicians, The Youth ministry was expanded to include dance and mime and drama.

New equipment was purchased. Pastor Malyah saw the mission of the church as being “Siparia for Jesus.” Evangelism continued with renewed vigour with three street meetings being held each week from the end of January to the start of December. The highlight of the evangelistic activity was the concert on High Street on Holy Thursday night supported by many big names in gospel circles. An outpost Church, the Mendez Open Bible was established under his tenure. This work is continuing under the leadership of Pastor Sean Kennedy and a group of former students from the Open Bible Institute of Theology. Some members of the Siparia church were also assigned to assist in this work. 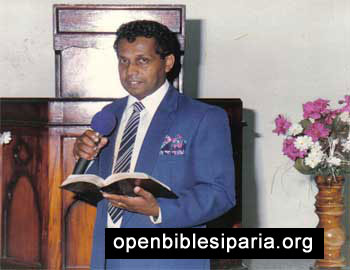 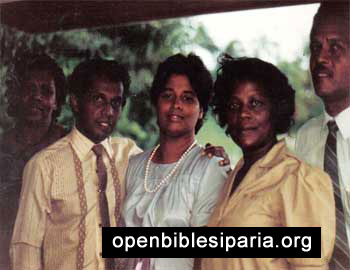 In January 2011, Mark David was installed as the interim pastor for a period of three months. He continued in this office until he was officially installed as the Pastor on September 11, 2011. Pastor Mark, as he is affectionately called, has approached this new assignment with enthusiasm and energy. He has reintroduced the Sunday evening Bible Study renaming it ‘The School of Life’ and introduced the Friday night Empowerment Service. He has set up a Communications Department and has revitalised the Ushers ministry with the recruitment of a number of persons from the Junior Church . The Tuesday morning deliverance service continues with adjustments to the service times.

We continue to work and pray for the continued growth and development of the ministry of the Church of the Open Bible, Siparia as we seek to impact our community and nation with the Gospel of Jesus Christ.